Learn about Jones & Henry's extensive experience with the City of Lorain, Ohio. 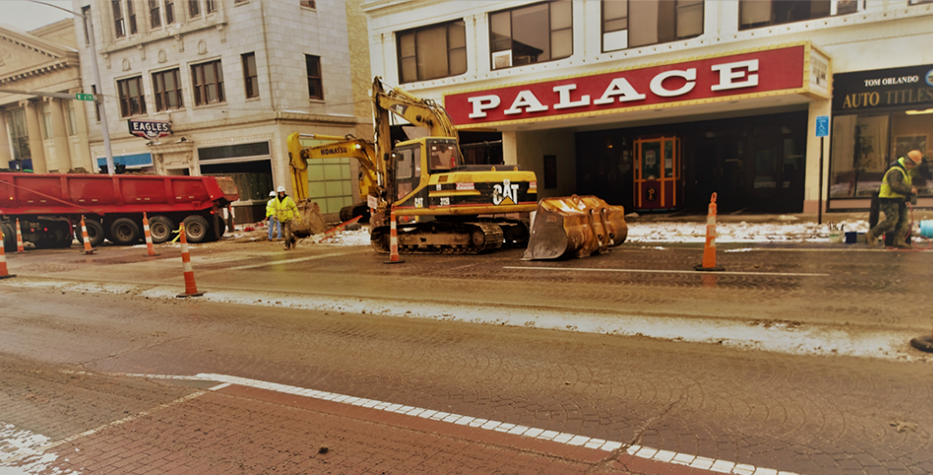 Since 2012, Jones & Henry has assisted the City of Lorain, Ohio, with their annual water main replacement program as part of the utilities department’s commitment to upgrade their aging infrastructure.

This program is included in a larger vision the City has for boosting economic growth and development in its region.

Like many Midwestern communities, the northeast Ohio City of Lorain, which borders Lake Erie and the mouth of the Black River, had infrastructure dating back to the mid-20th century which was beginning to require replacement after decades of reliable use.

Because these pipes were subject to frequent leaks and breaks with unreliable valve operation, the City decided to implement this program to replace and upgrade a portion of their infrastructure on an annual basis.

The City of Lorain has selected Jones & Henry to be a part of many water projects.

Commencing in 2012, Jones & Henry performed a detailed evaluation to identify pipe segments for replacement.  Building upon the recommendations of the initial study, Jones & Henry has completed the design of the replacement of several water mains under the project management supervision of Vice President and Director of Infrastructure Ted Bennett.

This project involved the replacement of approximately 9,200 feet of 8-inch through 12-inch water main replacement.

To perform the valve replacements, bypasses using line stops were employed to avoid interrupting the flow through the 24-inch transmission water line while the valves were replaced.

This project consisted of the replacement of approximately 13,600 feet of 8-inch through 12-inch water main replacement.

Like the water line replacement project on Reid Avenue, this project also encompassed the construction of new valves, hydrants, and water services piping and improvements to the surface restoration.

For this third project, approximately 18,700 feet of 8-inch through 12-inch water mains were replaced for the City of Lorain using the same types of construction work and the same construction methods as the water line replacement projects on Reid Avenue and Washington Avenue.

Skyline Drive and Jaeger Road were constructed by trenchless methods. Meanwhile, the work on Broadway was expedited to be completed in advance of a paving project.

Included in the work were CIPP repairs to a 45-inch by 35-inch horizontal elliptical brick sewer and the replacement of three sanitary sewer manholes.

This project is currently in design, with construction planned for the summer of 2018, and involves the replacement of approximately 16,000 feet of 8-inch through 12-inch water main replacement along Oberlin Avenue, Leavitt Road, Skyline Drive, 35th Street, 8th Street, Rita Avenue, Chestnut Court, and Walnut Court in Lorain.

Work proposed along the main thoroughfares of Oberlin Avenue and Leavitt Roads requires close coordination of the project with the City’s services and schools.

With the new and forthcoming improvements to their infrastructure, the City of Lorain is now poised to meet the needs of current and future residents and businesses.