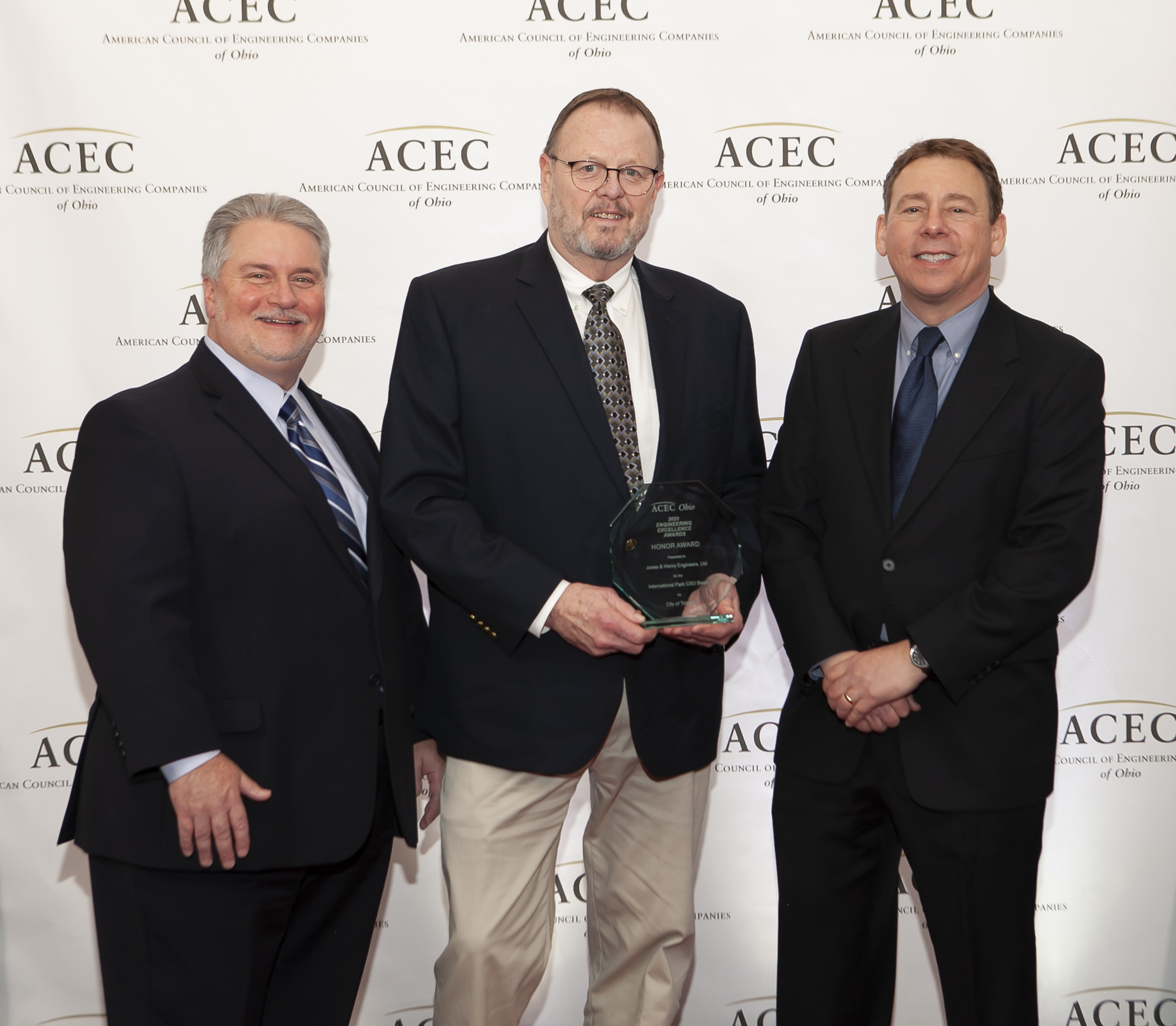 The American Council of Civil Engineering Companies’ of Ohio (ACEC) Engineering Excellence Awards Competition is an annual program that brings well-deserved public recognition to Ohio’s engineering industry by spotlighting engineering projects that demonstrate a high degree of uniqueness, ingenuity and value. Companies are invited to enter their best projects, either construction designs or engineering reports and studies, in the state competition.

Entries are evaluated by a panel of judges who rate each entry on the basis of its uniqueness and originality; technical value to the engineering profession; social and economic considerations; complexity; and how successfully the project met the needs, including time and budget constraints, of the client.

Jones & Henry Engineers was proud to receive an ACEC Engineering Excellence Honor Award for the design and construction of the “International Park Combined Sewage Overflow Basin,” provided to the City of Toledo, Ohio. Jones & Henry Engineers teamed with the City’s program manager, Black & Veatch Corporation, for the design and construction engineering of a new combined sewage overflow facility and an underground, concrete storage basin on City of Toledo-owned property in International Park, located on the East side of the Maumee River.

The storage basin was designed to capture and store 6.9 million gallons of combined sewage to prevent combined sewer overflow into the Maumee River. The primary storage structure consists of a 5.2 million gallon, below grade, reinforced concrete structure on the International Park Site.

With Jones & Henry’s heritage of water expertise being founded in the City of Toledo, this is a meaningful project to contribute to the success of our City’s residents and businesses, while protecting our natural waterways. To learn more about the City of Toledo’s efforts in waterway protection visit the Toledo Waterway Initiatives. To see more about Jones & Henry’s contributions to water and wastewater expertise across our tri-state area visit:

The Jones & Henry team would like to thank additional consultants who contributed to the project, including Vision Design Group, Garcia Surveyors and Dmytryka Jacobs Engineers. 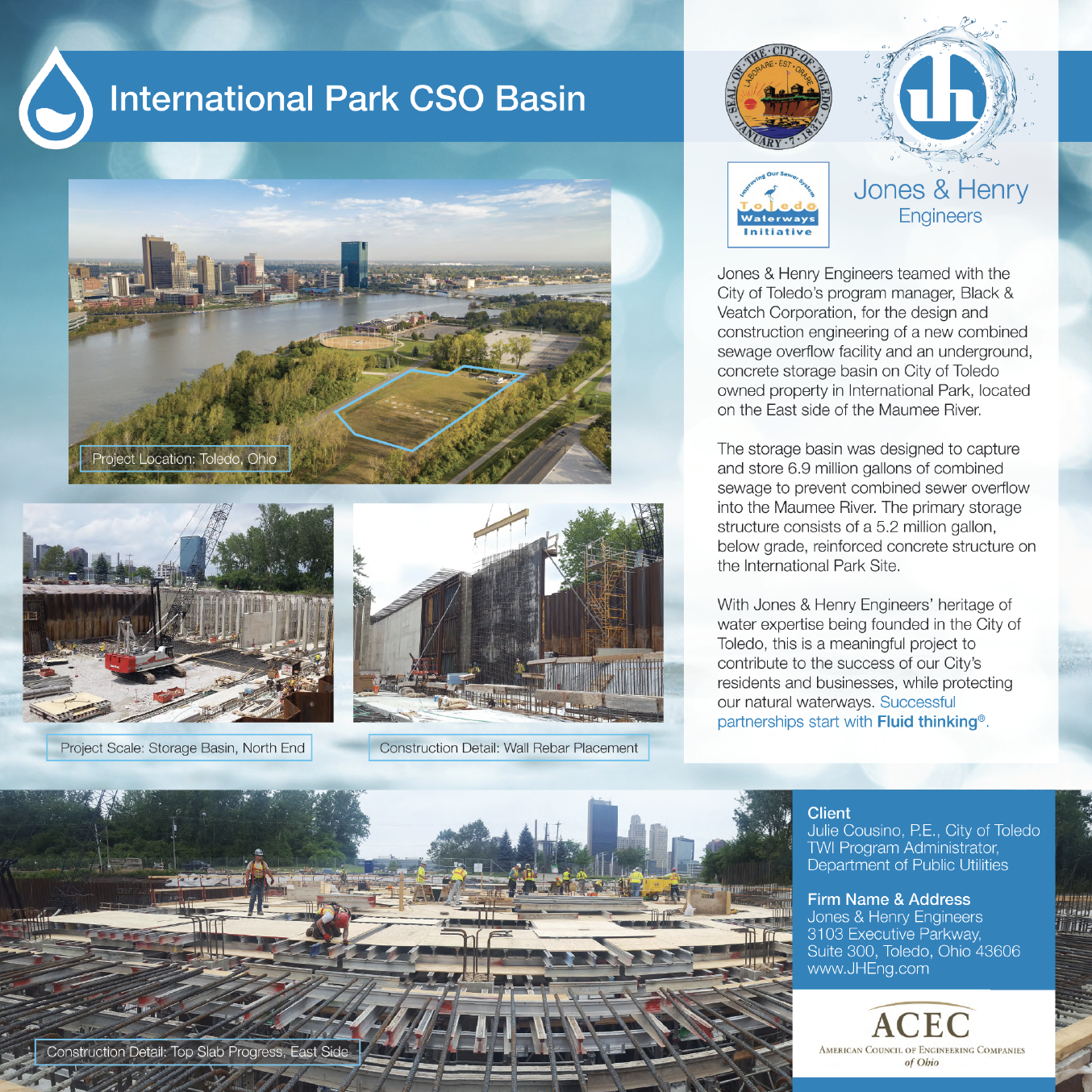