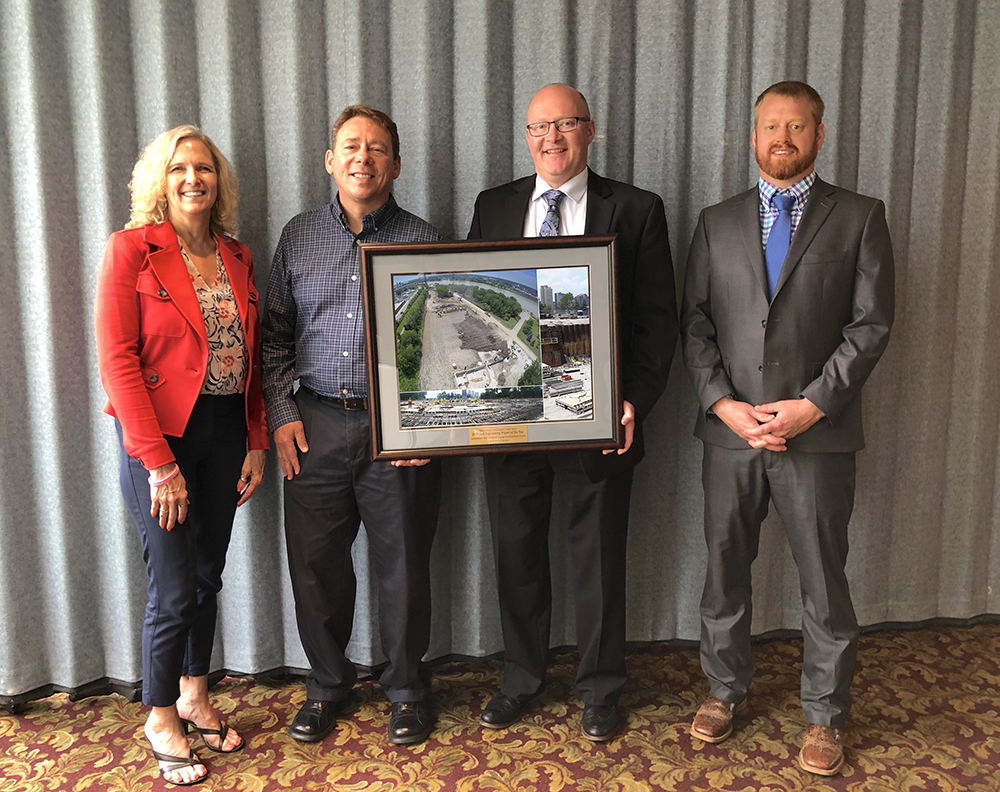 Video: A Flush Gate Releases Flow of Water into the Basin. This can be controlled on-site or remotely from the City’s Plant.

Jones & Henry Engineers was proud to be honored as the design and construction engineer for the American Society of Civil Engineers (ASCE) Toledo Section, “Project of the Year” Award for the “International Park Combined Sewage Overflow Basin.”

Jones & Henry Engineers teamed with the City’s program manager, Black & Veatch Corporation, for the design and construction engineering of a new combined sewage overflow facility and an underground, concrete storage basin on City of Toledo-owned property in International Park, located on the East side of the Maumee River.

The storage basin was designed to capture and store 6.9 million gallons of combined sewage to prevent combined sewer overflow into the Maumee River. The primary storage structure consists of a 5.2 million gallon, below grade, reinforced concrete structure on the International Park Site.

With Jones & Henry’s heritage of water expertise being founded in the City of Toledo, this is a meaningful project to contribute to the success of our City’s residents and businesses, while protecting our natural waterways. To learn more about the City of Toledo’s efforts in waterway protection visit the Toledo Waterway Initiatives website: www.toledowaterwaysinitiative.com

The Jones & Henry team would like to thank additional consultants who contributed to the project, including Vision Design Group, Garcia Surveyors and Dmytryka Jacobs Engineers.